Why does America house 25% of the world’s prisoners, spend over $100 billion a year on prisons, and still deliver the world’s worst outcomes – 70% recidivism rate and extreme collateral damage on individuals, families and communities, including correctional personnel? Maybe it has something to do with a “punishment mindset.” Let’s speak truth about “the facts” that both define and disparage the American criminal justice system.

The United States operates the world’s largest, costliest, and most dysfunctional criminal justice system. Representing nearly 5 percent of the world’s population, the U.S. houses 25% of the world’s prisoners. It’s also home to 33% of the world’s female prisoners. Over 77 million citizens have an arrest record, and millions circulate in and out of correctional facilities each year. Arresting and locking up millions of people, the U.S. has developed a sordid reputation as an “Arrested Society” and “Incarcerated Nation.”

Resources for Making a Difference 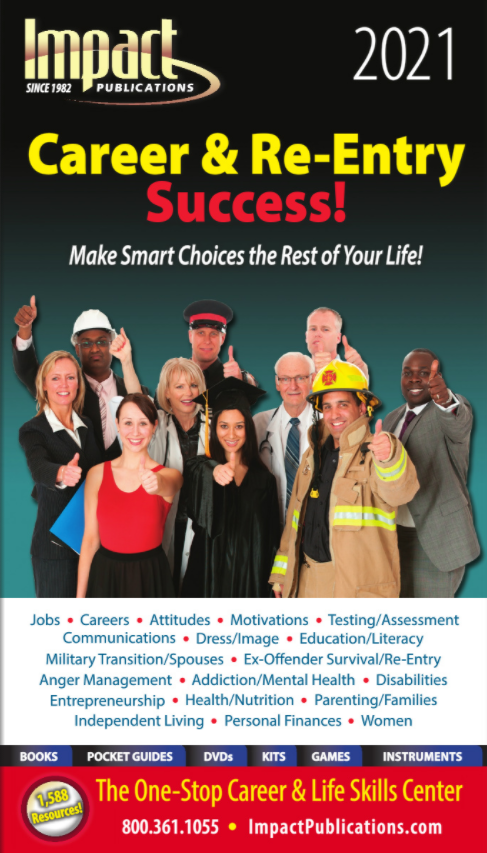 As a center for criminal justice, correctional, and ex-offender re-entry resources, Impact Publications specializes in producing and distributing useful resources, from books and pocket guides to instruments, games, and videos. These resources are the focus of our latest Career and Re-Entry Success Catalog. Please browse through that catalog and the expanded Jobs, Careers & Re-Entry Success Catalog as well as this sampling of resources designed for making a difference in the lives of ex-offenders: